The topic of nuclear verdicts has been a hot one in the trucking industry. Many trucking companies have found themselves on the receiving end of large jury verdicts that often include high punitive damages. In some cases, these verdicts have even put trucking companies out of business, as they lack the necessary assets to pay the judgments. Nuclear verdicts do not usually arise in a vacuum. Instead, a jury may look at a trucking company's overall safety practices and legal compliance before reaching its decision. For this reason, trucking companies must be proactive about lawsuit defense, which can be an ongoing process that can and should begin before an accident ever happens.

Nuclear Verdicts Are on the Rise Across the Trucking Industry

A nuclear verdict is a colloquial term that describes a high jury award that surpasses what may be a reasonable or rational amount. These verdicts could be for tens of millions of dollars, or they can even be handed down in a “smaller” case. For example, trucking companies have been ordered to pay hundreds of thousands of dollars when the plaintiff only had to go to a few doctor’s appointments for their injuries. Others define a nuclear verdict as one that exceeds $10 million.

One study found that there has been a tenfold rise in nuclear verdicts, with over 300 being handed down. In one extreme case, a Florida jury awarded a plaintiff $411 million in a lawsuit against a trucking company. Even if these verdicts do not hold up on appeal, a trucking company could still end up having to pay a substantial amount in legal fees.

Plaintiffs Will Seek to Put the Entire Trucking Company on Trial

A truck accident lawsuit is about much more than just the incident itself. While a plaintiff would generally seek to prove a truck driver was at fault, they will also attempt to put the trucking company and its entire business under intense scrutiny. It is in their best interests to create a narrative that paints the trucking company as a habitual violator of rules and a systemic menace to every driver on the road.

An aggressive plaintiffs' attorney will attempt to obtain large amounts of records during the discovery process that relate to various areas of a trucking company's business. They will cast a broad net in the hopes of obtaining documents they believe will show an overall culture of non-compliance. While these document and information requests seem like fishing expeditions, plaintiffs' attorneys are throwing as many things at the wall as possible in the hopes they can get documents that make a trucking company look bad in the eyes of a jury.

For example, if a truck driver was under the influence of drugs or alcohol at the time of the accident, and the jury finds the trucking company does not have an adequate screening or testing program, the jury may issue a large punitive damages verdict. The jury's intent is to punish what it views as bad behavior and send a message to the trucking company and the transportation industry at large. To get there, the plaintiff will make broad arguments that may or may not reflect reality, and then attempt to back them up with any evidence they obtain in discovery.

The process of avoiding a nuclear verdict begins long before a truck driver has an accident that precipitates a lawsuit. Trucking companies should invest in not only taking the necessary measures to enhance safety across the organization but also in technologies and processes that can help them tell their story. Defendants can expect the entire company to be on trial, even in cases that seem minor.

Acting Quickly After an Accident Can Bolster the Legal Defense

When trucking companies log so many miles on the road, some accidents are inevitable, no matter what preventative steps are taken. Trucking companies should act quickly after an accident to both investigate and begin to assemble evidence that may help it at trial. Defendants may want to work early to try to avoid certain jurisdictions that are known to be hostile to trucking companies.

Truck accident trials can seem to be every bit as much about public relations and optics as they are about the case-related evidence presented. Trucking companies should work with a variety of experts and reputational professionals to portray themselves in the best possible light if a case goes in front of a judge or jury. Companies should attempt to get ahead of the negative portrait plaintiffs’ attorneys will try to paint of them so they are left defenseless in court. 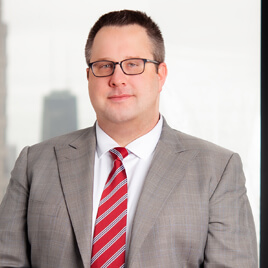