Can a nursing home shield itself from negligence lawsuits and remove a case to federal court because it followed the federal government’s emergency guidelines to control the spread of the COVID-19 pandemic? For example, in June 2020, the family of a California man filed a wrongful death lawsuit in state court against a nursing home after the decedent contracted and died from COVID-19. The nursing home sought to remove the case to the Federal Court, stating:

A three-judge panel of the Ninth Circuit Court of Appeals unanimously rejected all three of the defendant nursing home’s grounds for federal jurisdiction and remanded the case back to state court.[1]

Federal law permits a party to remove a case from state court to federal court when the plaintiff names the United States, an agency of the United States, or any officer (or person acting under that officer) acting in an official or individual capacity under the color of their office, as a defendant.[2] The provision allowing removal of federal officer matters to federal court is rooted in the concept of federalism – allowing the Federal government to operate without interference from the states for alleged violations of state law.[3] For a private company to remove a case to federal court under the “federal officer” statute, that company must show a causal nexus between its actions taken, taken at the direction of a federal officer, and the plaintiff’s claims, and that it has a colorable federal law defense.[4]

In the Saldana matter, the defendant nursing homes argued that the care they provided, under the direction of numerous government agencies, entitled it to remove the case under the federal officer statute. Specifically, the defendant nursing homes argued their treatment complied with “detailed and specific mandatory directives to nursing homes” regarding personal protective equipment, COVID-19 tests, and other nursing home operation and treatment protocols during the pandemic. The nursing also asserted that the PREP Act extended immunity to a “covered person” who takes “countermeasures” during a public health emergency. Therefore, PREP completely preempted any state law negligence claims.

The Ninth Circuit panel disagreed with the nursing homes’ arguments. First, it found that compliance with federal regulations or guidelines is not enough to bring a defendant under the control of a federal agency and make it a “federal officer.” Second, the Ninth Circuit stated the PREP Act did not preempt plaintiffs’ state law negligence claims. Instead, the court ruled that the PREP Act established a federal cause of action against “covered entities” for willful and wanton misconduct. Finally, the Ninth Circuit refused to find that Congress intended to shield medical facilities and nursing homes from state law negligence claims.

The Ninth Circuit decision is the third and most recent appellate decision denying defendants’ attempts to remove COVID-19 wrongful death cases to federal court. Suppose a client removes a claim to federal court under the “federal officer” statute. In that case, they will need to show they did more than demonstrate they complied with federal regulations and recommendations. The party seeking removal will need to show more concrete evidence that a federal agency co-opted the entity and how it conducted business. However, it is still unlikely that either nursing homes or medical facilities will be able to avoid wrongful death suits citing the PREP Act. 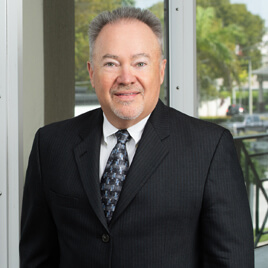 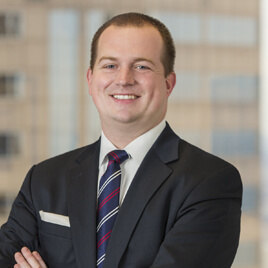