Jordan Rosenberg summarizes a partial victory for a former University of Montana soccer coach in a lawsuit that was brought to the Montana Supreme Court.

The coach had filed a lawsuit against his former employer for defamation, tortious interference, right of privacy, invasion of privacy and negligence claims.

The full article, included below, was originally published in Sports Litigation Alert.

Former University of Montana soccer coach obtained a partial victory on his claims for defamation and tortious interference, as Montana’s highest court reversed and remanded the lower court’s decision in part. The Montana Supreme Court held the trial court properly dismissed soccer coach’s right of privacy, invasion of privacy and negligence claims against the University as the claims were based on duties arising out of his employment contract and therefore time barred. However, the Montana Supreme Court reversed and remanded the trial court’s decision on the coach’s claims for defamation and tortious interference because they were found to arise under statutes and common law and thus brought within the statute of limitations.

In a de novo ruling, the Montana Supreme Court reviewed the District Court’s determination on the University’s 12(b) motion to dismiss.  The dispute was subject to the District Court’s jurisdiction as the claims arose out of an express contract with the State or state entity or officer. Plaintiff was entitled to bring his suit for a single injury under both tort and contract claims because state entities are subject to general tort liability in the same manner as a private party.

The two-part decision turned largely on the appropriate statute of limitations for the respective claims. For a contract claim, a plaintiff must file suit within one year after a final administrative decision, or if the contract provides no settlement procedure, within one year of when the claim arises. In reaching its decision, the Court noted that tort liability is not negated merely by the existence of a contract between the parties concerning the same subject matter. Nor could the plaintiff escape the statute of limitations imposed on his contractual claim by characterizing it as a tort.

Montana recognizes a common law duty not to intentionally interfere with business relations for the purpose of causing damage or loss without justifiable cause. Since the coach alleged a duty imposed by the law which did not depend on his contractual provision or a breach of contract, the action qualifies as a breach of a legal duty rather than just a breach of contract and could therefore be brought as a tort claim.

The facts of the case concern a dispute between the University of Montana and their former women’s soccer coach, Mark Plakorus. Plakorus had 17 years of coaching experience before his contract with the University. He was employed at the school from 2011 to 2018. The relationship turned sour in 2017 when one or more players complained of Plakorus sending messages too often or too late at night. In response, the University took a “climate survey” which determined the complaints lacked merit. However, in the course of the investigation there was an audit of the coach’s University-issued cell phone wherein text messages and calls to and from persons associated with Las Vegas escort services were allegedly discovered. Plakorus denies this claim. The University informed Plakrous they would not be renewing is contract on January 29, 2018, five months before the contract was set to expire. While Plakorus believed he was to continue in his role, the following day the athletic director informed the players the coach would be moving on without any further disclosure.

Days after the coach was informed of the University’s decision, an article was published in a local newspaper entitled “UM women’s soccer coach fired after texts to Vegas escort services surface.” The article described how the University had conducted an investigation in response to players’ complaints about the coach’s texting behavior and how the coach was asked to resign after learning he had contacted escort services on recruiting trips to Las Vegas. Additional articles were published in local and national media, including redacted copies of Plakorous’s cell phone records, information relating to his personnel file and the non-renewal of his contract.

As a result, Plakorus alleged the University wrongfully and falsely implied he had committed acts of sexual misconduct, endangered his players’ safety and inappropriately used University resources through the media reports, which prevented him from continuing his coaching career. Plakorus responded by filing his Complaint in April of 2019, a little over a year after the University’s decision and the first related article. He then filed an Amended Complaint on August 7, 2019 removing his claim for breach of contract and adding claims for tortious interference, negligence and invasion of privacy.

The University then filed their motion to dismiss under two theories. First, they moved to dismiss for lack of subject matter jurisdiction arguing the claims should have been brought as part of a grievance through an administrative hearing under his contract. Alternatively, they moved to dismiss for failure to state a claim based on Montana’s statute of limitations for claims arising out of contract. While the District Court granted the University’s motion and dismissed the coach’s claims, the higher court disagreed in part.

The Montana Supreme Court’s decision turned largely on the nature of the coach’s claims which sounded in both contract and tort law. The District Court had determined the theory of the coach’s Amended Complaint were all based on the terms of his employment contract. The documents within his personnel file, as well as the investigation, audit and dissemination of information on his University-issued cell phone all related directly to his contract with the University and the District Court found no duty separate from the contract and therefore governed by contract law.

However, on appeal the coach argued his claims were actionable under Montana tort law and arose out of separate duties and thus the claims were brought within the statute of limitations. He argued the University violated certain duties after they notified him they were terminating the employment relationship. He also alleged that since the contract was not before the court no conclusions could be drawn from its terms and the University did not identify any contract language which would prevent the disclosure of personnel information, future interference with employment contracts or create a duty to be truthful when disclosing the results of investigations to the public. The University maintained the basis for each claim was rooted in his employment contract, but the court would only agree in part.

The case ultimately turned on the Court’s interpretation of whether the theories sounded in contract or tort and accordingly whether they were controlled by the one-year statute of limitations for contract claims against the State. Despite the contract’s requirement to exhaust administrative procedures, the District Court had jurisdiction over the State for any claim arising out of any express contract with the State or its entities and officers. As a rule, a plaintiff must file suit within one year after a final administrative decision or, if the contract provides no settlement procedure, within one year after the claim accrues. However, state entities are also subject to general tort liability. Liability for wrongful conduct resulting in a single injury can be brought under both tort and contract law and the plaintiff has discretion to pursue either or both forms of action. The Montana Supreme Court stated Montana case law makes clear the existence of a contractual relation giving rise to a set of events does not mean the only duties existing between those parties are based in contract. Contract law applies to violations of contractual provisions, but the existence of a contract concerning the same subject matter does not negate the existence of tort liability.

The coach’s claims for right of privacy, invasion of privacy and negligence all arose out of the alleged improper release of personnel information gathered during the audit. While the coach alleged the University breached its duty to maintain the confidentiality of the information the court held that these claims were all based on duties arising out of the contract. Accordingly, the claims were properly dismissed for failure to file within the one-year statute of limitations for contract claims against the State.

Alternatively, the claims for defamation and tortious interference, if taken as true, arise form statute and common law independent of any contractual duties. As a result, these claims sound in tort rather than contract law and are subject to a different statute of limitations. Therefore, the Montana Supreme Court reversed and remanded the District Court decision as to the tort claims for further proceedings.

The coach will have another day in court to pursue his defamation and tortious interference claims. However, the coach will likely still face an uphill battle. As noted by one of the judges in a dissenting opinion, even if the coach’s claims sound in tort, rather than contract, he had still failed to follow the procedure for filing a grievance against the University, as is required when the defendant is a government entity. The coach had not presented his tort claims in an administrative hearing and by circumventing the grievance procedure may not be permitted to bring his claims in District Court even if he is within the statute of limitation of limitations for tort claims. The coach’s case my be doomed on remand as a result. 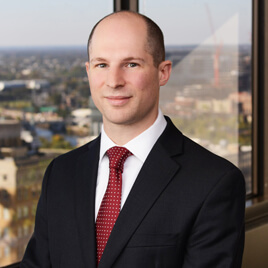