At long last, since the issuance of Harvey v. Geico in 2018 by the outgoing Florida Supreme court “liberal block,” the 11th Circuit Court of Appeals has clarified the “totality of the circumstances” analysis required under Florida law in a bad faith claim. Pelaez v. Geico, No. 20-12053 (11th Cir. Sept. 20, 2021) (Carnes, Judge, opinion). There, the actions of the claimant and his counsel were considered by the appellate and lower court to show how, “in the totality of th(ose) circumstances, …they show GEICO did fulfill its good faith duty” to its insureds. Pelaez, at 20-21.  The Court recognizes that the focus of a bad faith case cannot be on a claimant’s actions, citing Harvey, but points out that the Harvey decision does allow factoring the claimant’s actions (or his/her attorney’s actions) in to the totality of the circumstances analysis.

In Pelaez v. Geico, Michael Conlon, co-plaintiff in the bad faith action, was driving his mother’s car to the high school prom on April 13, 2012, when he turned into a median in front of John Pelaez (original plaintiff) who was on a motorcycle. Mr. Pelaez hit Mr. Conlon’s car with enough force to spin Conlon’s car 180 degrees, and Pelaez was airlifted to the hospital.

The policy was issued to Conlon’s mother, and it covered Mr. Conlon as an additional driver. Mr. Conlon notified GEICO that there had been an accident damaging the car and that the car needed to be towed, however, he did not notify GEICO at that time that there were injuries. The next business day, April 16, 2012, GEICO assigned a claims adjuster to the incident and received information on how to contact two detectives who were investigating the crash. The following day, GEICO interviewed Mr. Conlon who suggested Mr. Pelaez was speeding on his motorcycle and indicated that Mr. Pelaez was in fact “injured, rendered unconscious, and airlifted to a hospital.”

Shortly thereafter, GEICO received information that the speed limit in the area was 35 MPH, the skid marks left by the motorcycle were 67 feet long and Mr. Conlon had not been cited for the accident. Because of those facts, GEICO preliminarily concluded that Mr. Pelaez was likely speeding and was contributorily negligent.

On April 23, 10 calendar days after the crash and seven days after GEICO assigned the adjuster to work the claim, GEICO received a letter of representation from Mr. Pelaez’s attorney. This same day they received a copy of the police report from the crash which indicated Mr. Conlon failed to yield the right of way, and a witness reported Mr. Pelaez did not appear to be speeding.

On April 26, 13 calendar days after the crash, a GEICO field adjuster hand-delivered to Mr. Pelaez’s attorney’s office a bodily injury claim “tender package.” Within that package was a cover letter, a $50,000 check “representing tender of the per person policy limit under Bodily Injury Liability coverage” and a proposed release of “all claims.” GEICO also sent a letter with the release stating that opposing counsel could edit the release or send GEICO an entirely new release of his choosing.

At this point, there remained ongoing discussions regarding inspection of the motorcycle. Specifically, GEICO had followed up with Mr. Pelaez’s attorney numerous times to confirm where the motorcycle was being held for inspection. Finally, on May 4, Mr. Pelaez’s attorney wrote to GEICO rejecting the $50,000 tender of the full policy limits on the bodily injury claim stating that Mr. Pelaez and his parents decided to sue Conlon and his mother instead of settling. They argued that GEICO tried to take advantage of the Pelaez family with an “overbroad release.” Specifically, they noted that the GEICO approved release was for “all claims” and did not contain a “reservation for property damage” despite GEICO’s “sophistications and ability to draft narrower release language.”

GEICO responded stating they made multiple attempts by phone and in writing to find out the location of Mr. Pelaez’s motorcycle to adjust the claim but never received a call back about the location. GEICO also referred to their policy and explained that their practice was to keep the bodily injury claim and property damage claims separate. Lastly, GEICO reiterated the release was only a “proposed release” which Mr. Pelaez’s attorney was free to edit. Mr. Pelaez and GEICO eventually settled the property damage claim, but then Mr. Pelaez’s sued Mr. Conlon and his mother for negligence five months after the crash.

Eventually the court entered an agreed upon final judgment. The judgment awarded to Mr. Pelaez was $14,900,000 but “stipulated that Pelaez ‘shall not’ record the judgment or try to collect it from Conlon; instead, Pelaez would ‘seek satisfaction… solely from insurance proceeds, including from claims of ‘bad faith’ or extra-contractual damages’.” GEICO was not represented at trial and was not a party to the stipulation even though Mr. Pelaez’s attorneys testified that GEICO agreed to let Conlon enter the stipulated judgment.

Mr. Conlon and Mr. Pelaez brought bad faith claims against GEICO, both sides moved for summary judgment and the district court granted the motion to GEICO. Mr. Pelaez appealed, contending that the district court erred in granting the summary judgment to GEICO because “a fact question exists” as to the overbroad release that was given with the tender of the bodily injury policy limits. He stated that the release carried a known danger of rejections and that it created “a known risk of not actually settling the claim and protecting the insured.” The 11th Circuit agreed with the district court that, under the totality of the circumstances, the overbroad release did not create a question of fact because GEICO offered to “accept changes to the release or even let Pelaez’s attorney draft an entirely new one himself.”

The court goes on to say that GEICO did not act in bad faith by sending the proposed release and that “Pelaez’s attorney declined the offer to cure any problem with the release because he had higher goals to pursue.” The court looked at Mr. Pelaez’s rejection letter which said that GEICO’s actions were part of a “widespread practice” of insurance companies taking advantage of their insured. They also referred to his testimony in which he stated that “his decision not to tell GEICO what he wanted in the release came from the Pelaez family’s desire ‘to effectuate change, do the right thing’.” The 11th Circuit held that, under the totality of the circumstances, GEICO fulfilled its good faith duty to Mr. Conlon and his mother and that no reasonable jury could conclude GEICO acting in bad faith before, during, or after sending the proposed release to Mr. Pelaez.

The insurance industry and counsel who defend these cases have long awaited a clarification of this magnitude – especially in Florida. This timely decision from Judge Carnes in the 11th Circuit goes a long way to level the playing field in Florida for trial of bad faith suits, where since 2018 plaintiffs’ attorneys have seized on the Harvey decision to avoid any evidence related to the actions of the claimant or claimant’s attorney from being taken into account in a bad faith trial. Indeed, this 11th Circuit decision expressly points out that the actions of the claimant or a claimant’s attorney are not irrelevant in a bad faith case. 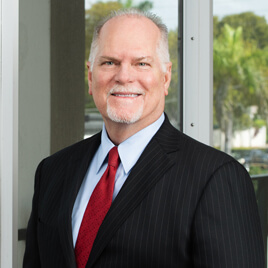